By Jonathan June 30, 2010
After Cape Cod, we continued on down the east coast. Being the conspiracy lover that I am, I insisted that we drive by the Skull and Bones Tomb at Yale. Much to my dismay, I didn't capture any past, present or future politician entering the edifice. Disheartened, we kept on to Philadelphia. The first order of business was to locate a proper cheese steak. According to Wikipedia, Pat's was the originator of said sandwich. While not as flashy as Geno's next door, we decided to go straight to the source. 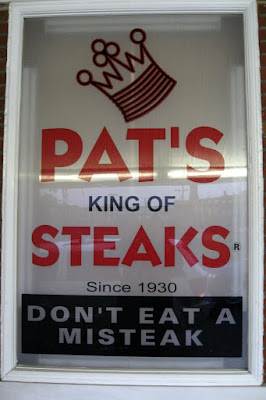 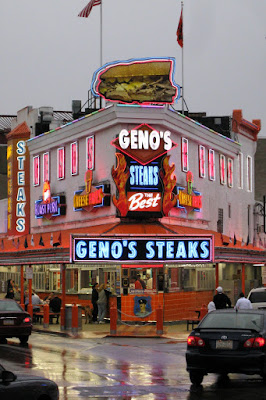 We opted for a half-provolone, half-cheeze whiz steak and we were not disappointed. In fact, the sandwich was so delicious that we nearly devoured the entire thing before I remembered to take a picture. And the peppers that were offered at the condiment stand were juicy, hot, fire bombs of flavor. We certainly did NOT make a "misteak" in our selection. 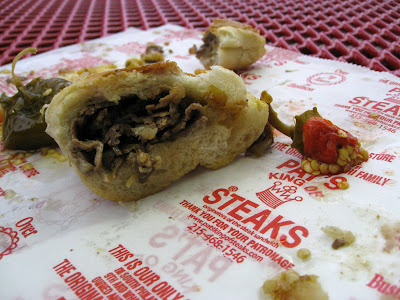 After dinner, we hunkered down at our very first waterfront Wal-Mart. We had a lovely view of New Jersey across the Delaware River as we enjoyed a nip of wine and watched Alice in Wonderland procured from the redbox.

Although Philadelphia Cream Cheese has almost nothing to do with the city of Philadelphia, we used it as an excuse anyway to locate some bagels for breakfast the next morning. 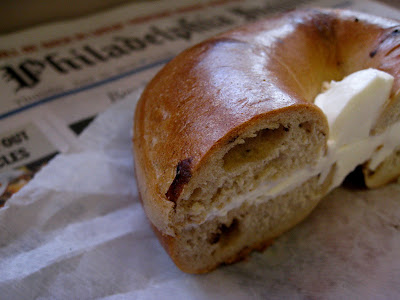 We cruised around town a bit admiring the quaint streets with homes that still had coal delivery doors popping out of the sidewalk. 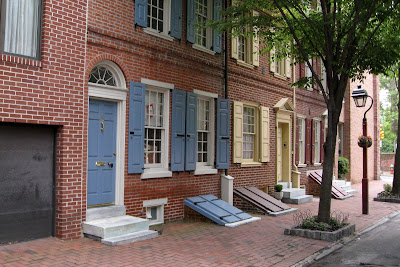 And then we considered visiting Independence Hall but it was swarmed by masses of school children on field trips. We opted to just drive around the block instead. 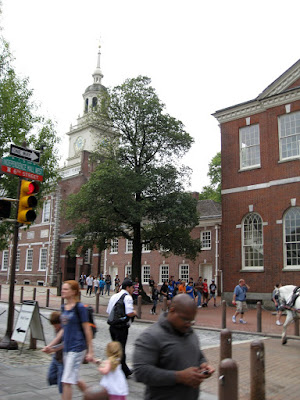 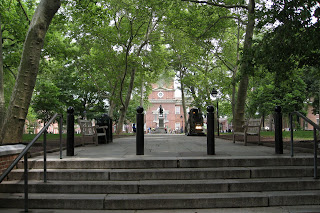 Onward a bit further to Baltimore and an all to brief visit with cousin Beth and her adorable daughters at the pool. Thanks for the lemonade!
And finally rolling into southern Maryland in the evening to be greeted at the end of the driveway by excitedly jumping and waving neices.