Westward: Snow to Sin to Sand


Last time I was at Bryce National Park was during an "out West" family road trip when I was eight years old.  During that vacation, the Boeke family also used a Ford Econoline van for transportation (but not to sleep in).  Unlike the last time at Bryce, we are now visiting when there is snow on the ground, and that element makes for a really beautiful contrast of color and texture in the park. 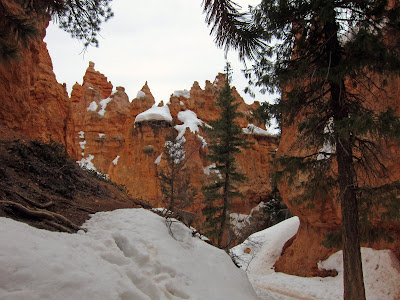 Also, I remember only hiking down the trail just a little bit when I was eight.  This time, we took a three mile loop hike that got us down into the canyon.  It was the only open trail that did not require snow shoes or crampons.


Next stop was Las Vegas, Nevada.  Not too much to do in that two horse town except throw money away; which we did.  Seriously, though, we had a good time playing some video blackjack at the bar in the Tropicana while listening to a great cover band play some classic hits.  Before we knew it, it was 3 AM and we found our way back to the Excalibur parking lot.  We slept in the van, which felt particularly rebellious while surrounded by multi-million dollar hotels. 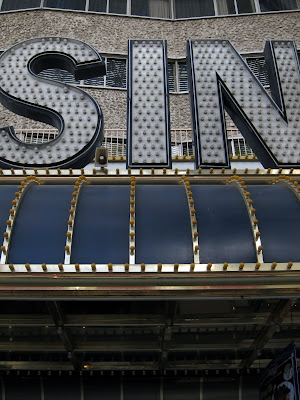 In the morning, we found our way down to Fremont Street (shoot 'em up, bang, bang) and into the Fremont Hotel to enjoy the $6.95 Paradise Buffet. For such a cheap buffet, the quality was reasonable.  Nothing like the Bellagio by any means, but the food looked and tasted fresh and there were a few selections that were more creative than just bacon and eggs. 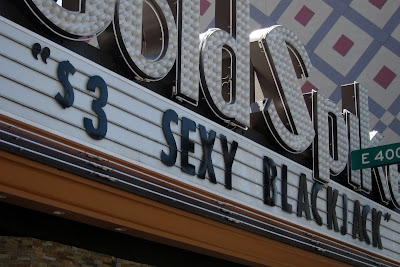 Thanks to Chris and Hilary for treating us to some excellent Thai food for dinner.  And an extra special thanks to Chris for keeping me out until 3 AM for a second night in a row after only four hours of sleep in Vegas.  The Fortunate Sons were totally worth it.