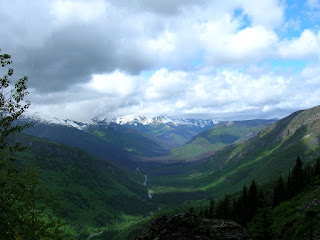 When I was twenty-five, I went on my first backpacking trip. Three girlfriends and I hiked for four days across Glacier National Park in Montana and by the time we reached Canada, the seeds of minimalism were planted.

When it came time to leave the van and pack up for the next phase of the trip, I was dedicated to traveling with only carry-on baggage. Nothing to get lost by the airlines, nothing to slow me down as I trekked around the world. I packed and re-packed and re-packed again and ended up with one main backpack and second smaller backpack. Success!

And then we left the hotel, Jon's parents and their car and my perspective changed. Actually, that's not really descriptive enough. My world imploded and my head blew up.

You may or may not know it, but it is hotter than the sun in NYC right now. I know, I know, all of you Arizona people want to strangle me for saying that because it's like 180 degrees there. So pleasant. I KNOW. But it is hot and humid here and I don't exactly hold up well under extreme heat. Add lots of walking with two 5000 pound bags to that equation and it makes for a very cranky Ellen.

Two hissy fits, taxi rides and bag re-packs later, I am now down to one small bag: 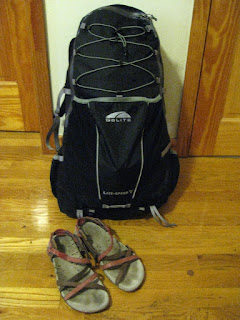 I may do some more purging as I go along but I feel like I am closer to owning my possessions rather than them owning me. I WILL NOT let them ruin my experiences! I will board that plane tomorrow with what I need to get by and without an anchor that will hold me back from making the best of my trip.

So wish me luck as I explore my next phase in minimalism, embarking into the world without so much as a pair of high heels or jeans!

For those of you curious what exactly is in my bag, here is the complete list: 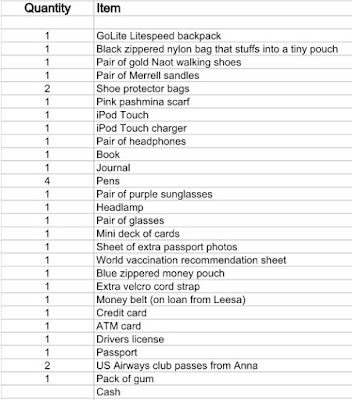 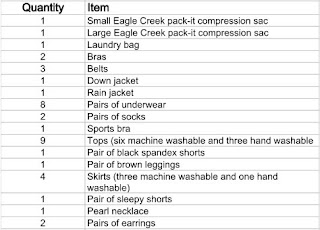 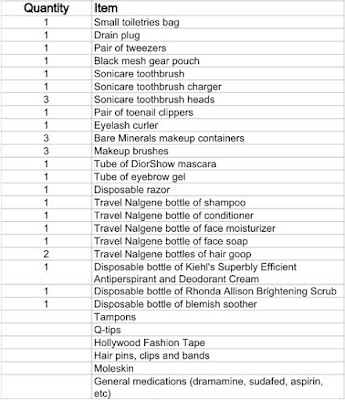