By Ellen January 20, 2011
The other big (and super fun) thing we did with our friends when they visited this past weekend was go on factory tours at both Odell Brewing Co and New Belgium Brewing. 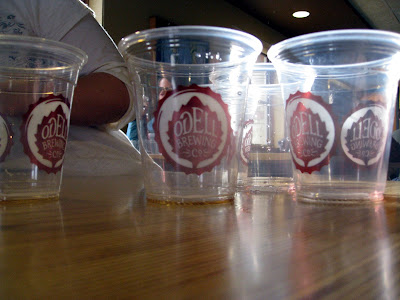 
I love Odell beer. Love, love, love it. And not to be too melodramatic, but it has changed my relationship with beer. Before moving here and falling in love with them, I did not like IPA's or stouts. But their IPA's and stouts? Ah-mah-zing. Obviously, their recipes have something to do with it but I learned on the tour that they don't pasteurize their beer. I actually have no idea whether or not this actually affects the taste (they say it does) but it's sounds cool, yes?

Every time we've been to their tasting room, they have different beers available to try out. Turns out that they have a crazy number of experimental beers going at one time. They have an adorable little mini set-up where they can brew small batches of new recipes and several bourbon barrels (Makers Mark!) where they make one of a kind batches that can never be reproduced (because each barrel is different). 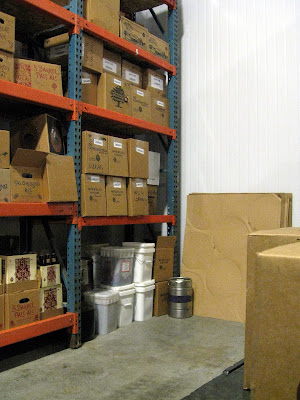 This is where they keep the small batch beers they are working on (each box had writing all over it describing the recipe and details about the beer). 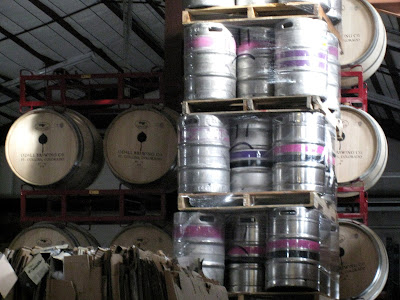 Summary: Straight up tour of a small factory. The tour guide was great and the beer, although not free, was delicious. Recommended.

Tour stats:
This tour was a truly a treat, not only because it was quite extensive and they gave us a crap load of free beer, but because we didn't think we were going to be able to go on the tour at all. They accept reservations for their tours and when I went to sign up, every single available tour that day was filled. So we were surprised and delighted when we walked into the brewery and were told that a large party had just canceled and that we could go on a tour starting right then!

I have been on a many factory tours all over this country but I have to say that this tour was the best I've ever been on. The highlight was when we all got to take a beer directly from the conveyor belt. Don't believe me? 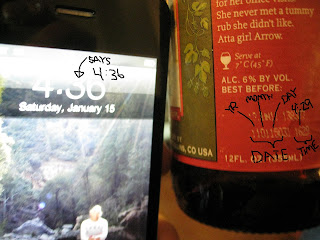 We got to go down the slide in the employee area... 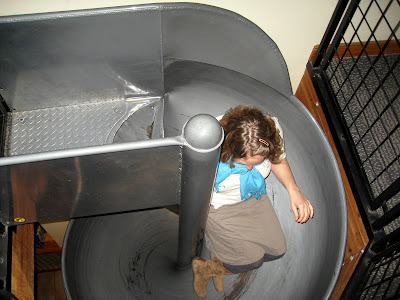 ...and try out a type of beer that is totally new to me: Sour Beer. It's aged in wine casks from France... 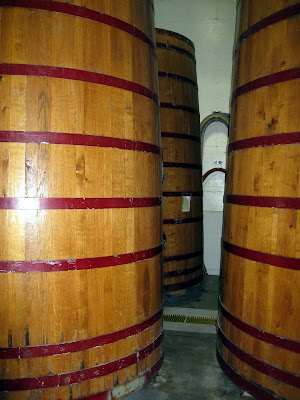 ...and may be the most unique beer I've ever had. I definitely want to spend some more time "evaluating" this new beverage.

We ended the tour taking some silly photos and drinking our last, free beer in the tasting room. 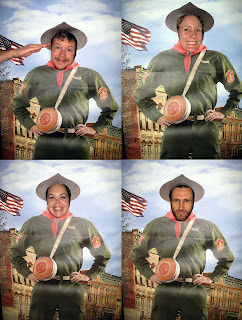 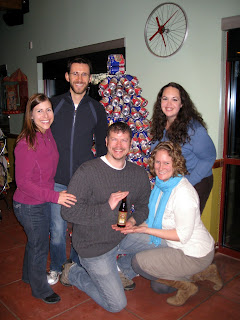 Summary: New Belgium definitely puts a lot of effort into interacting with their customers and reinforcing their brand. They gave us plenty of free and quite unique beer and the tour guide was wonderful. Watch your head on the slide. Recommended.