Making Friends on the Road

By Ellen May 12, 2010
We spent this past weekend in Alberta and stayed two nights with our Couchsurfing friends Terry and Jen, their adorable daughter, Ellie and their two sweet dogs, Hayden and Tokaji. 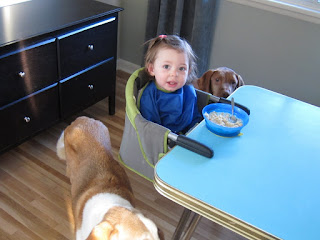 We will tell you all about what we did in Alberta in another post but first I want to explain how we got to know Terry and Jen and explain how you can get to know them as well...or at least get to know people like them.

We've mentioned Couchsurfing before but never really explained what it was. The short answer is that it is a fun way to meet cool people, both as a host or as a traveler. The long answer from their website is this:

"CouchSurfing is an international non-profit network that connects travelers with locals in over 230 countries and territories around the world. Since 2004, members have been using our system to come together for cultural exchange, friendship, and learning experiences. Today, over a million people who might otherwise never meet are able to share hospitality and cultural understanding."

And hospitality they do provide! Terry and Jen not only provided a bed and shower for us but cooked for us, gave us a tour of Canadian beers and even gave us a book and some music and comedy CD's. They pretty much rock!

Among the delicious food they provided were some yummy cookies. Check these babies out: 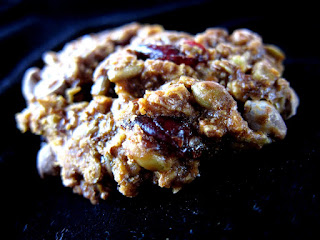 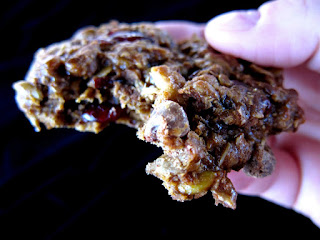 They are more like energy bars and come with a disclaimer: women in advanced state of pregnancy should be careful eating these as they have been known to induce labor! The first time Terry made them was on the day that Jen went into labor with Ellie. They were that good!!

I would recommend making them as soon as possible...and also signing up for Couchsurfing as well!

Mix dry ingredients (from oats to craisins) in a large bowl.  Mix wet ingredients in a larger mixing bowl.  Add dry mixture to wet a little at a time until it is all incorporated, but don't overmix.