By Jonathan June 08, 2010
Our final border crossing into Canada really set the mood for the next few days in the Great White North. How nice was this border agent? She seemed genuinely interested in our trip and made us feel welcome.

We stayed just south of Montreal in a KOA that included WiFi, showers and laundry. Perfect.

That evening, we drove the van into town with some recommendations in hand from a friend. We were immediately impressed by the number of people out and about on the streets and even more so by the number of people on bikes. And it's no coincidence that there were so many. Montreal really encourages biking by providing bike lanes that are physically separated from automobile traffic on many streets.

As we drove around taking in the scene, we realized that we were not going to easily find a parking spot on the street. We were warned about this but sometimes we don't listen very well. Instead, we found a pay lot that was a couple miles from our first stop of the night. No matter. It was a nice night for a walk. 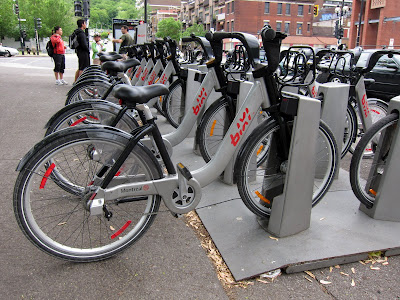 Montreal has a bike sharing program!! For only $5 per day, we were able to bike from location to location, checking our bikes back in at kiosks near our stops. We were thrilled to be able to take advantage of the bike-friendly roads.

Our first stop was Verres Stérilisés‎, a French-separatist bar on Rue Rachel. It was time for us to try out our French. 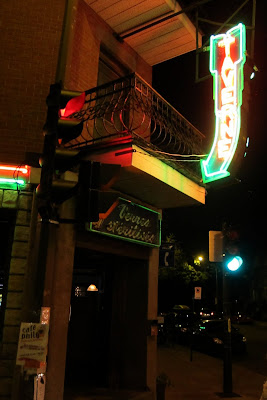 We bellied up to the bar and rolled out one of the new (and vital) phrases I had learned earlier in the day from Ellen's French Phrasebook.

My accent must have given me away, however, because the barkeep answered us in English. C'est la vie. A beer by any other name is still as sweet. 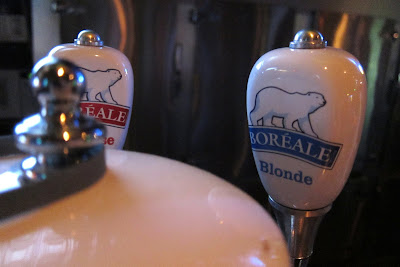 Next stop. Poutine. Don't judge us. La Banquise offered about 25 different options for us to try. We opted for the Matty (with bacon, sautéed onions and bell peppers). The Michigan Hot Dog, however, will remain a culinary mystery to us. 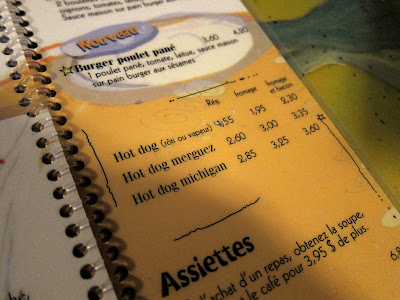 On our second day in Montreal, we learned our lesson about parking and opted for public transit instead. 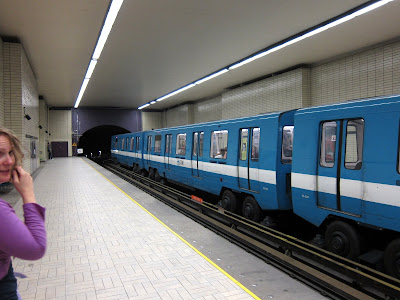 The day involved a nice walk around the city in search of Montreal Smoked Meat. We knew we found the right place when we approached Schwartz's and found a line down the block. 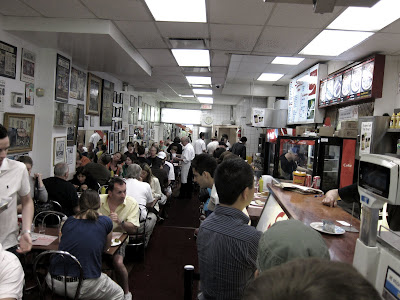 Opting for take out shortened our wait and also allowed us to pick up a bit of wine and head over to the Parc du Mont-Royal.

After our meal, we jammed a bit with the spontaneous drum and dance circle that we're told magically appears every Sunday.

On our last morning in Montreal, we headed to Old Downtown and were greeted with narrow, cobblestone streets and old cathedrals that felt quite European.

The combination of architecture, culture and foreign language really got us thinking about and excited for the overseas part of our journey. Thanks, Montreal, for the delicious taste of things to come!