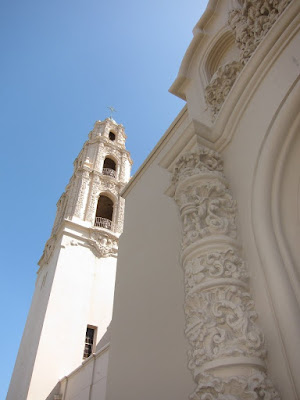 Part of the purpose for this trip is to suss out where we would like to live next. We have a long list of requirements but two of the most important (to me) are culture and public transportation. We want to be able to easily and conveniently live our lives without a car and we want to be able to learn and be inspired.

In the U.S., this limits us to a handful of major cities (San Francisco, Portland, Seattle, Chicago, New York, DC and Boston) and I honestly thought that no matter where we went, we were going to have to suck it up and deal with at least one or two seasons of crappy weather. Not that we are strangers to crappy weather. 115 degrees anyone?

But now that we've spent some more time in San Francisco, talked to the locals (who are super nice!), walked and used transport around the city (which is super walkable and has super public transport!), we (read: I) am 98.6% sold on San Fran as our future home.

Thanks for the hospitality San Fran! We'll be back...