A Day in Barcelona

By Jonathan August 22, 2010
Today we encountered the biggest disappointment of the trip thus far1. Bar Michigan was closed. 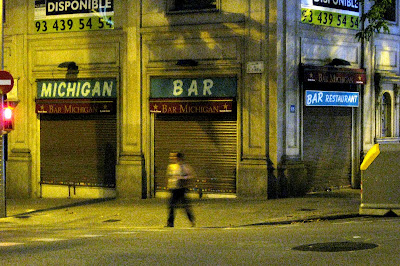 I know, right?! And they didn't even post their hours anywhere outside the building. Not even a sign that said "We are on vacation until August 29." (except translate that to Catalonian.)  Anyone know the Spanish equivalent of Yelp that I can check for rumors on their fate? Perhaps only the locals will know.

To compensate, I instead procured a bottle of the cheapest finest Cava from the local supermercado and immediately returned to our hotel to blog about this tragedy. Sweet, sweet, bubbles of life......


video
In other news, we enjoyed another free tour earlier today. This time, from RunnerBean Tours. We seriously love these free city tours. They usually last 2 to 3.5 hours and they really open your eyes to the historical, artistic and cultural highlights of a city.

Example #1. After Christopher Columbus returned from the new west he was welcomed back by the king and queen on these steps right here! 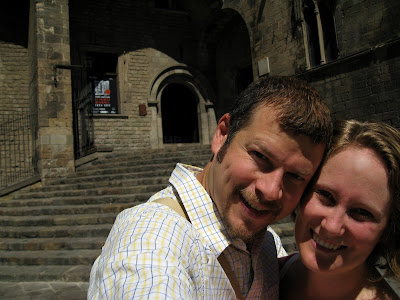 The good people of Barcelona also decided to build a big monument for the guy. (Trust me, his back side is his better side.) 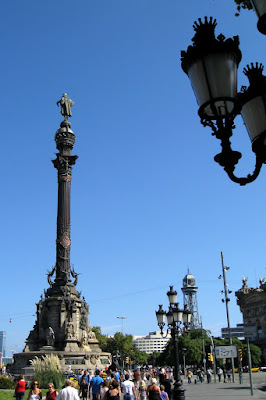 Although not all was well and good in their history. The Romans founded Barcelona and originally called it Colonia Faventia Julia Augusta Pia Barcino. (Say that two times fast.) At that time, the Romans believed in many gods. And, therefore, if you were Catholic and believed in only one God, you were stuffed inside a barrel full of knives and broken glass and then rolled down the street. Even if you were a little girl that was only 13 years old. Ouch. 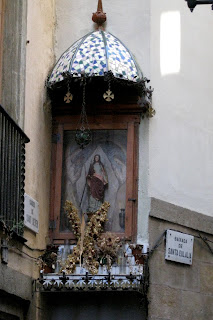 At the very least she later had a whole big cathedral built in her honor.

Unexpectedly2, we also walked past the Headquarters of the Spanish Inquisition. 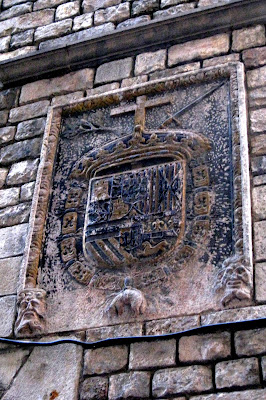 If you also include the largest rose window in the city... 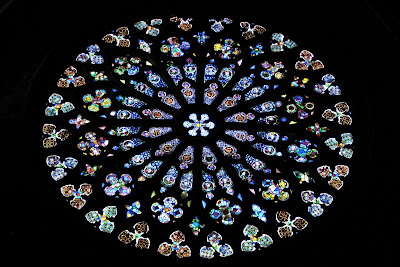 ... and the highest point in the original city of Barcelona, 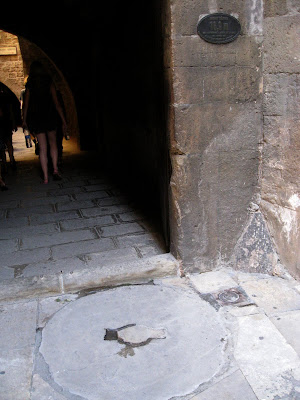 ...it almost makes up for the fact that Bar Michigan was closed.

---
1. Ellen may not agree with this assessment.

2. NOBODY expects to see the Spanish Inquisition HQ.